Allen the Chalk-Line Ghost was originally conceived of as a figure to be used for dance notation, as a figure that could be drawn on a page a la Remy Charlip's "Airmail Dances," that recipients of the drawings could then use to reproduce specific "anchor" positions for developing their own unique dance movements. Allen often performed alongside Sophie, the woman in a duo also designed as a dance notational character, more on which is available here.

I have also developed Allen as a character in my graphic novel Pink On the Inside that I eventually hope to develop as a stand-alone, separate character with his own graphic novel.

In most images, he is depicted as an outline recognizable as the chalk lines of crime scene photos, which were historically never actually used in crime scenes but which were, rather, used by news photographers to give their viewers an indication of victim's bodies that had been removed. As an disembodied conscience, Allen similarly walks the earth as a presence with no practicable utility. Sometimes also depicted as a floating empty housecoat.

Most recently, Allen has been developed into Ghost Army, a street art and proposed Terrain Biennial project to prompt national mourning of the more than 600,000 Americans needlessly lost to the COVID-19 pandemic, and as a memorial to those lives lost and unmourned by others in general. 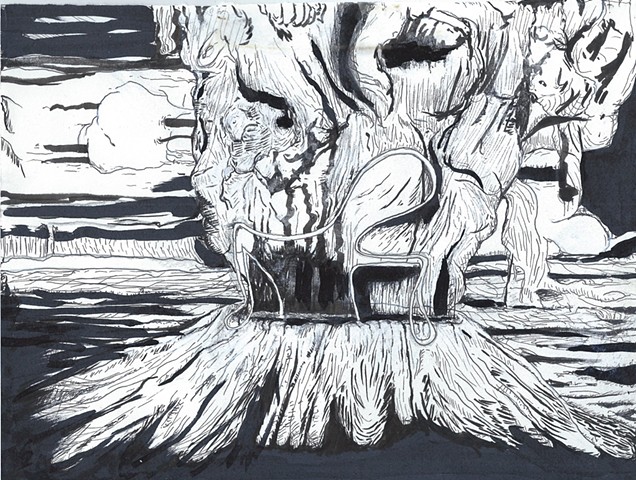 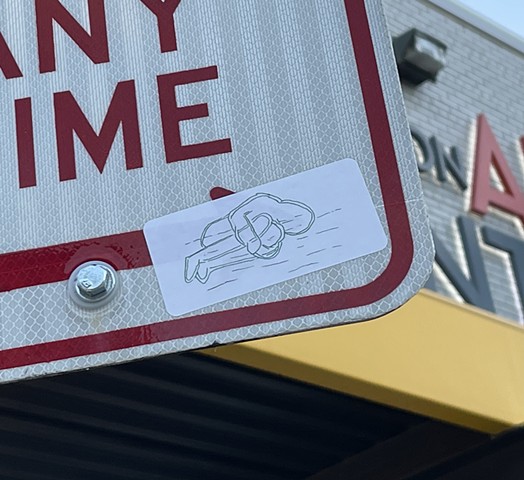