Over the past few years I have been investigating dance and movement performance as a part of the presenting company at local performance art theater SITE/less. Part of the goal has been to produce unconventional movement studies that uses the art form as a response to both the architectural space as it exists, as well as a response to the confines of architectural elements introduced into it by SITE/less co-founder David Sundry. My work there, and working with dance and movement in other contexts, has led me to pursue the formation of a small, open ensemble to pursue an interdisciplinary practice built on a schedule of rigorous rehearsals. The framework I have assembled to guide that multidisciplinary effort I am referring to as the Mirrorglass project.

Initially conceived as an investigation into the perverting of the philosophic concept of justified true belief as refracted through distortional and dissociative effects of white supremacy and toxic masculinity on the minds of its believers, Mirrorglass is also an interrogation of the “blinkering” and fragmentation that occurs in any instance of emotional or personality disordering, or in any instance within which subjective, lived experience is fragmented beyond recognition.

Central to the development of Mirrorglass is the process of hand-making various different shapes and sizes of mirrors. Meant to evoke that central and often nearly hidden object of the dance rehearsal mirror, and resonant with object-environment initiatives such as Onye Ozuzu’s Project Tool, this performance will center mirrors as sculptural objects within the performance. Usually merely an instrument for dance art-making, the resulting configurations will act as central set pieces, even at times restricting rather than enhancing movement while simultaneously abstracting the space within which it takes place. Additionally, as visual objects that define the space of dance and movement work, over time participants in the development of Mirrorglass will work through an exhaustive constructed series of “reflections” on movement through other artistic media.

Initially focusing on drawing as a method of creating line and form, individual body movements will be captured as a “snapshot” in rehearsal to form anchor positions from a rigorous program of participants’ physical movement. Once a sufficient number of these movement studies have been produced, the anchors may then also be assembled into a kind of dance notational vocabulary, which can be reorganized as desired to suit the artistic inquiry at hand.

Simultaneously, we will engage an exhaustive language and poetics practice throughout the rehearsal process, using the flashes and glimpses of mental imagery that occur during movement exercises as a tool for forming ordered sets of descriptions. These may be exchanged between participants and altered as examples of collaborative writing, utilized as movement prompts or connective elements between dance phrasing, with an eye to focusing these arrays of mental fragmentation back into a coherent whole within the space of the group.

Mirroring the experience of pre-conceptual thought within the lived environment as well, these interrogative instruments may also be set aside as needed to focus on more traditional formulations of movement through individual physical proprioception.

Ultimately applicable as a unique systematic approach to exteriorizing many facets of subjective states of lived experience, Mirrorglass as a project approach offers a variety of applications, with the goal of evolving into a final, thoroughly articulated (and exhaustively documented) performance presentation. 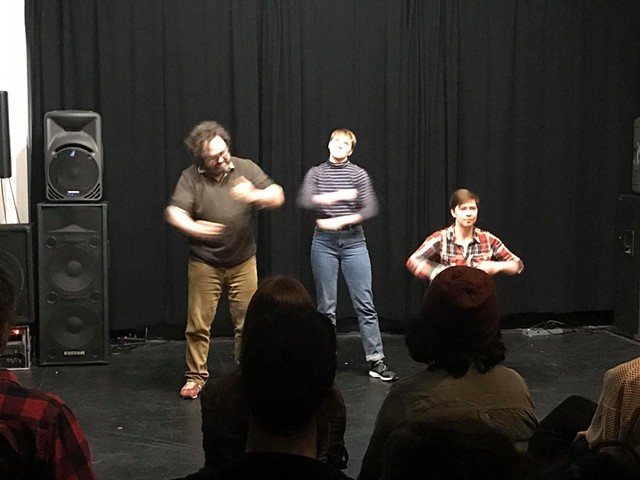 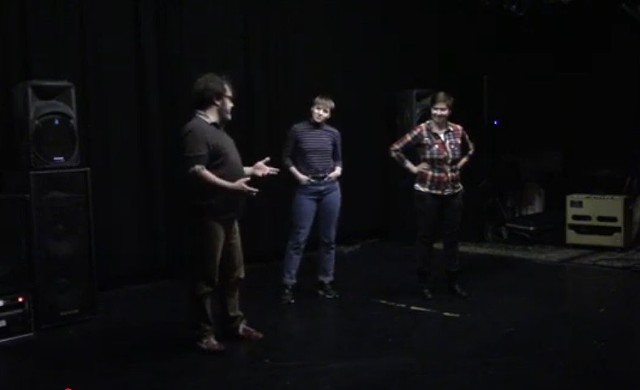