Terrain built using assorted painted pewter figurines and landscape miniatures to depict an epic scale battle between the forces of life and death, with humanity struggling to battle back the forces of evil emerging from a massive lake of blood.

This artwork was lost due to the extreme weight of the pedestal base to which it was attached. During the market crash of 2009, when Workman was forced to abandon the gallery space where it was stored, there was simply no way to physically relocate it and the artwork was abandoned. It was shown once, in 2009 at the Bridge Art show concurrent with Art Chicago. 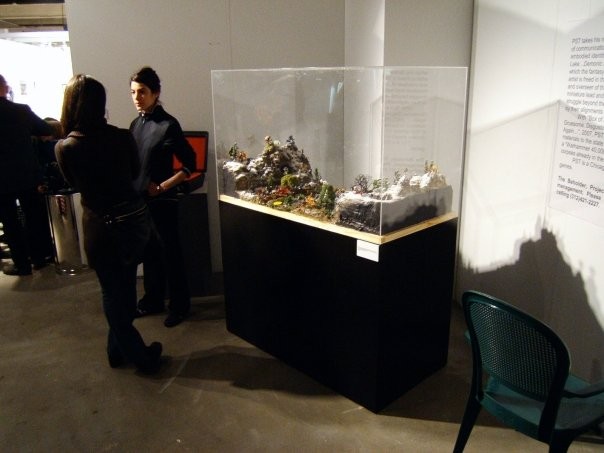 Blood Lake on display at Bridge at Art Chicago, 2007. 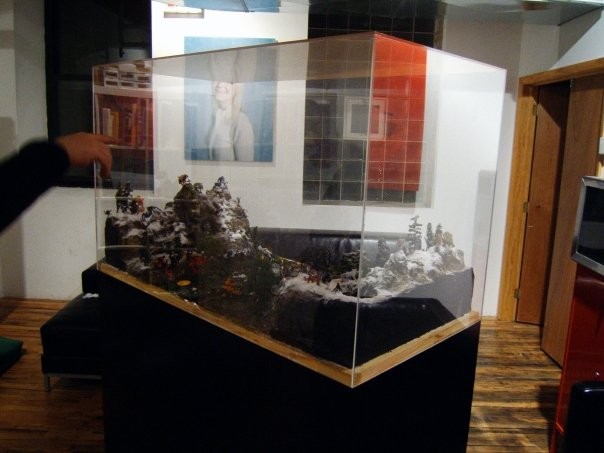 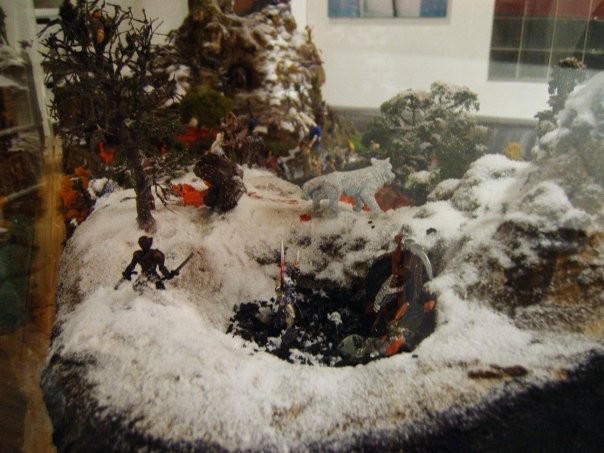 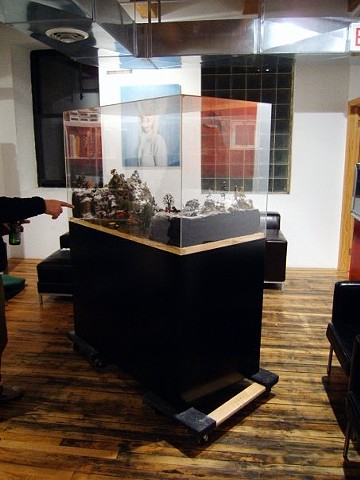 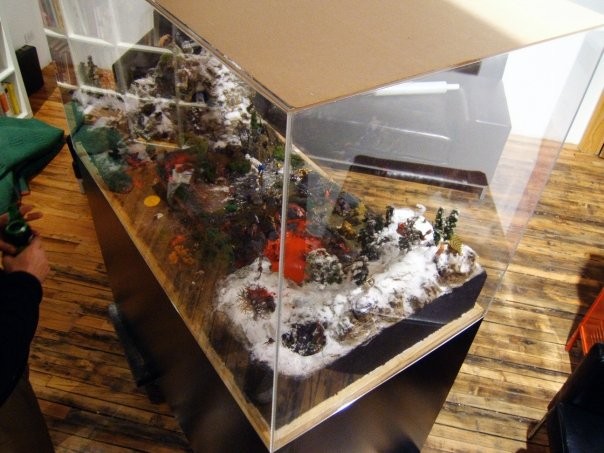 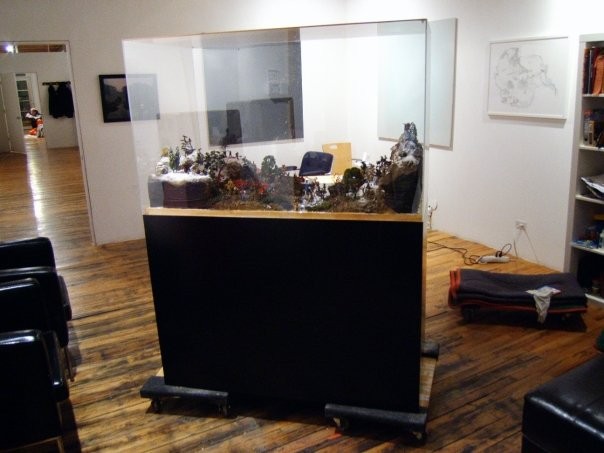 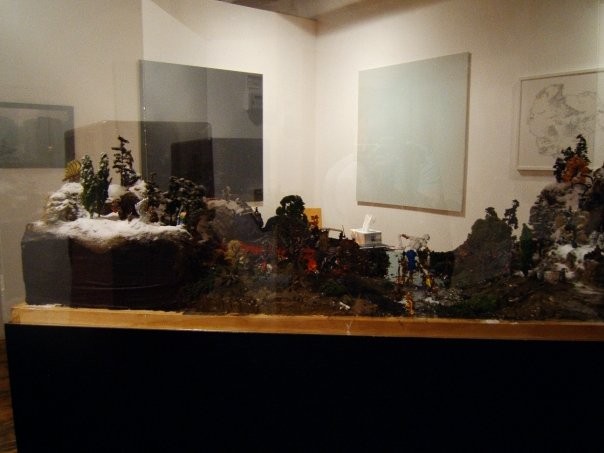