Randall Garrett is an artist who lives in both Mexico City and Dallas, Texas. He grew up in the Ozark Mountains of Arkansas. His work is a response to that reality, an identity formed in two worlds: from gringo to chilangringo, from the country backwoods to the chaotic heart of Latin America, from güero de rancho to güero de barrio.

He has had solo shows and performances in Dallas, Houston, Santa Fe, Mexico City, and Chicago. His most recent solo shows were in Dallas (“Desde la calle” / 2019 / Liliana Bloch Gallery) and Mexico City (“Mi barrio me respalda” / 2018 / Oficina de Arte). His exhibition space, Plush Gallery, based in Dallas, has shown in art fairs and curatorial projects in Houston, Santa Fe, Miami, Chicago, and New York.

The heart it beats its own cadence between two worlds, one of solitude and resonant with experience. Footsteps move in a tight space, the freedom of one that dances as though chained to a dream. The exile dreams of two worlds, of the separation and yearning that brings. Of lovers and families separated by distance, by a border, by economic necessity. His plans are brought to nothing, and so he begins to improvise.

The present moment choreography resonates outward, becoming the movements of the dance, imprints forming an expression of internal solitude and desire. The exile dances to the rock urbano of Neza, the voice of Tex Tex, telling the story:

You told me that my life It did not have meaning for you. If your lips and your eyes they walked away little by little, that is my end.

The dance of the exile is created, the choreography of the dance imprinted on paper, the ritual given form and displayed on the walls of the exhibition space. The footprints are interspersed between images of the artist’s friends, portrayed as ancient deities and heroes, their personae interpolated into the present as arte urbano (street art). 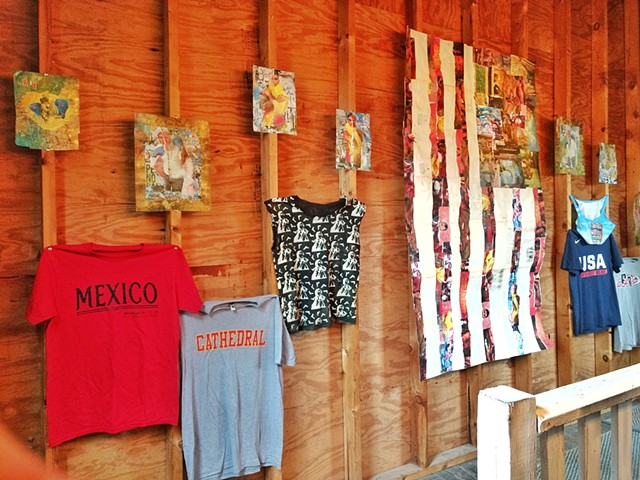 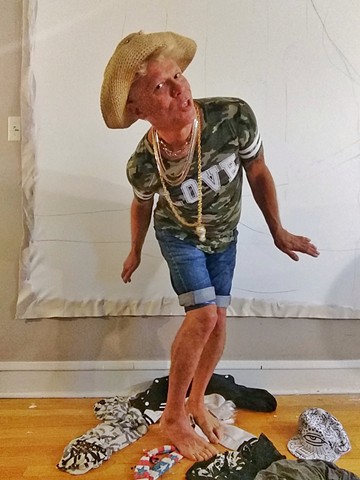