However, after beginning (and prior to the pandemic) I painted a large orange sphere beside the abstracted swastika/cruciform central figure, which I envisaged as a malevolent force in place of the shooter (and an abstraction of the id-force character Zed Molinger in my Our Hero comics series). Shortly after doing so, the COVID-19 pandemic began, and it seemed more than coincidental, so I took a pause in working on the painting to consider how what began as a protest painting might comment on the larger state of the fallen world.

Work on Moloch II is ongoing. 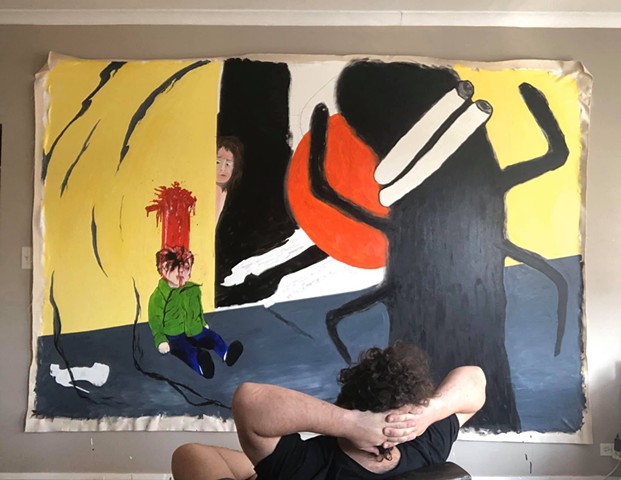 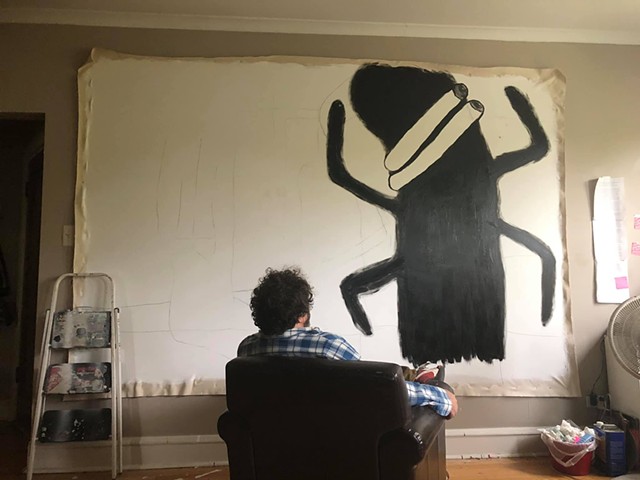