“Make #Amends,” 2020, photographic documentation of collaborative text produced to participate in Bob Faust and Nick Cave’s project, hosted at Facility Chicago. The project, titled "Make #Amends," asks us to "Identify the pieces of yourself that have contributed to holding our society back from genuine equality and equity," among other things. I wrote and installed my text with trembling hands, and a sort of pressing anxiety that slowly gave way to elation.

As another instance of visual poetics, the text is meant as a confessional of my role in the history of racial unrest. I was singled out as an artist collaborator and the text was recognized in coverage of the project by the New York Times.

Since the text is difficult to read, I have provided it in full below:

I WAS RAISED AS A WHITE SUPREMACIST in a violent, physically abusive household that instilled in me the values of hatred, fear and despair. As a young white schoolboy, when another black boy or girl raised their voice at me, I thought nothing of giving them a smack in the face. I simply believed this was the way of the world.

Years later, as I found the ability to de-program my self and end the cycle of casual violence toward others, this ill empowerment of a despotic and sick soul, I discovered that I had not been wrong, that this has indeed been the way of the world for centuries.

My hope now is for the final and permanent destruction of that world, an eradication of all it represents so that we may replace it with one capable of nourishing and valuing not only my life, but the lives and prosperity of us all in the human village.

If I can change myself, it gives me hope eventually we may discover this new world -- together. 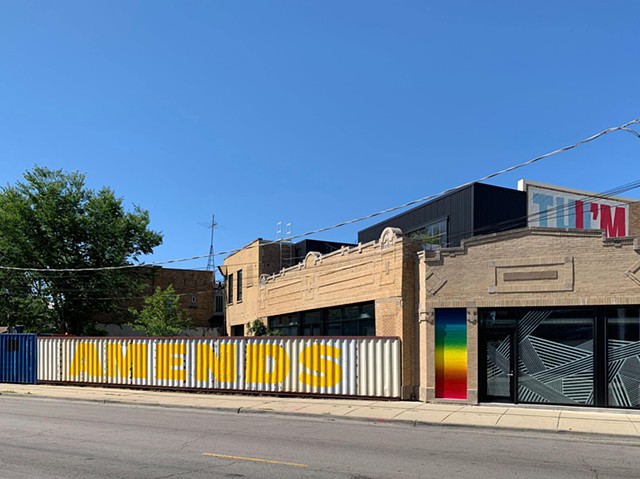 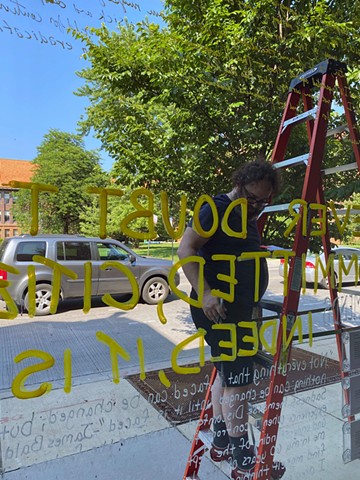 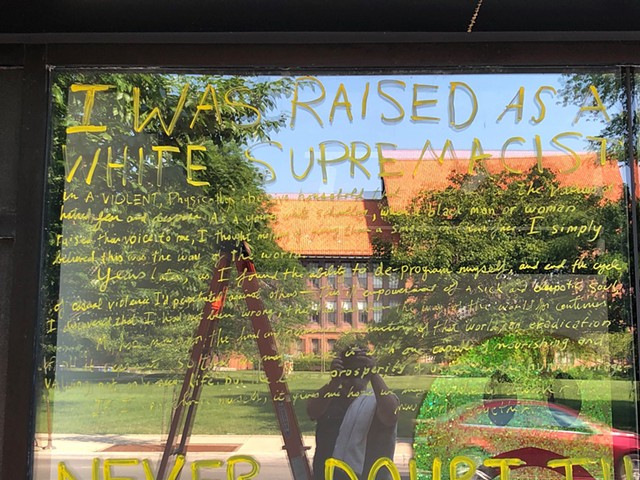 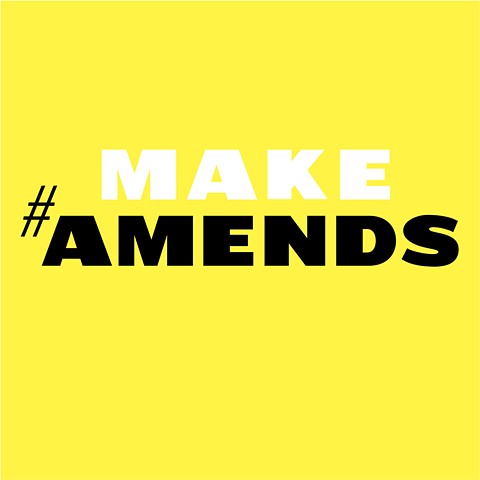