With a nod to Wolf Vostell’s “Concrete Traffic,” “CONCRETE” is a statement work wherein Workman’s lower body and limbs are immersed in wet concrete, and left to cure for a minimum drying time. Once Workman’s body is withdrawn, the remaining concrete may be displayed as ephemera left over from the performance. Mixing of the concrete and transport of the buckets to a wood frame-box may also be a part of the performance.

“FABULISMS” will take place throughout the curing time, to mark the movement between states of the drying concrete. Each of Workman's collaborators will present dances marking the contraction, drying and tightening of the concrete around Workman’s body through evaporation, which has three distinct stages of drying: a constant rate of evaporation period, followed by two falling rate periods. Allegorically presenting the white male body in this common visual vernacular also alludes to its troubling supremacist, patriarchal associations, and situates it as an illicit figure, subject to criminal punishment, symbolized by the concrete encasement so common to crime historical fact and fiction. By doing so, Concrete / Fabulisms situates it in a temporal past, and completes the transference of fantastical elements into a foreground of a slow, natural process of interment.

Each of the participating dance artists will present movement work, both from their own vocabularies and that engages these evaporation periods as the framing mechanism of their fabulisms, while also freely addressing any of the related themes. 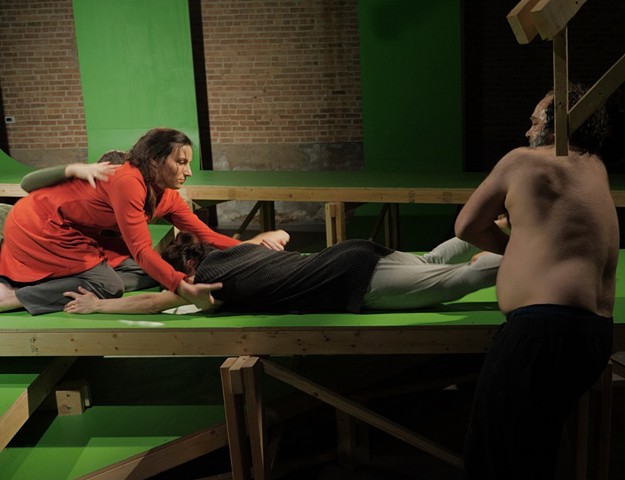