"With typography at its core, I make my work to inform, empower and/or instigate in the service of the celebration of human difference. Text, materiality and the contextual choices made are driven by the concept I am in pursuit of. My intent is to incite a physical or emotional reaction to make manifest new memories."

Jenn Smith lives and works in Chicago. She received her MFA from The School of the Art Institute of Chicago in 2016, and her BS from Illinois State University in 2001. A selection of recent exhibitions include Big Ringer, Andrew Edlin Gallery, New York, NY; Glossolalia, Bar 4000, Chicago, IL; Divine Ventriloquism, Apparatus Projects, Chicago, IL; Local Comfort, LVL3 Gallery, Chicago, IL; You Don't Always Have To Be Who They Want You To Be, You Know, Baby Blue Gallery, Chicago, IL; and The Chicago Show, 56 Downing Street, Brooklyn, NY. Smith was recently featured in New American Paintings, Midwest edition.

Her paintings are rooted in her early life as an evangelical Christian in the rural Midwest. She grew up believing that the end of the world was imminent and Jesus Christ would return to collect his followers at any moment. She is no longer a believer, but Christian fundamentalism and its manifestations in contemporary culture and politics, and in her own psyche, continue to haunt her and inform the absurdity, ambiguity, horror, and humor in her work.

Born in Kingston, Jamaica, Shoshanna Weinberger received her MFA from the Yale School of Art in 2003, and her BFA from The School of the Art Institute of Chicago in 1995. Living and working in Newark, NJ for the past 14 years, Weinberger explores the standards and consequential implications and experiences of racial identity and external perception or imposition of racial categorization. Much of Weinberger’s work is rooted in an exploration of her Caribbean-American heritage.

It draws strongly on the complexity of heritage and assumed norms as she goes about defining the female archetype. Referencing her own adolescent memory and our current xenophobic zeitgeist, Weinberger renders her female muses along a spectrum of character types. Some are excessive, sexualized, and quirky; while others are passive, or dominant; a culmination of figures that ultimately question standards of beauty and identity.

Her work has been exhibited across the world in numerous group exhibitions and notable solo exhibitions. Included in the Martinique Biennale in 2013, Weinberger is a five-­time participant of the Jamaica Biennial from 2006 to 2017 held in Kingston. She has also been the recipient of several awards, residencies, and grants: including, 2017-­2018 Project for Empty Space AIR residency; a 2016 Fellowship from the New Jersey State Council of the Arts; 2015 Joan Mitchell Center AIR residency, New Orleans; and 2014 Joan Mitchell Foundation Painters and Sculptors Grant. Her work is in several permanent public collections such as the New Jersey State Museum, The Newark Museum, Sagamore Collection, Girls Club Collection, Margulies Collection and Davidson College.

"My work explores the complexity of heritage, assumed norms and confronts the complexities of cultural ambiguity and peripheral identities. The work is rooted in an exploration of my Caribbean- American heritage, the consequential implications and experiences of racial identity, and external perception of racial categorization. Referencing adolescent memory, body image, and our current xenophobic rhetoric, I render my muses along a spectrum of character types and marginalized bodies. Some are excessive, sexualized, and quirky. Others are passive or dominant, a culmination of figures that ultimately question standards of beauty and identity. I approach my practice much like a visual anthropologist cataloging my private and public experiences to create “collections” and composing my findings as specimens.

"For over the past ten years, I have been pursuing two ongoing projects in which one references an “external persona” and the second an “internal persona”. The external series, Strangefruit references the cultural history of female exposé, presentation, mutation, and myth. Examining the concept of beauty excess and hybridity, the series presents feminine bodies coexisting in animal and human form, both grotesque and sexualized. They allude to contemporary, mythological and historical archetypes. Muses defined as malformed and displaced bodies, which periodically connect to identifiable forms creating humor and tension. The internal series, Invisible Visibility explores my autobiographical history, one of a bi-racial identity that commonly falls into cultural ambiguity. The work explores my experience with “invisible blackness”, “passing” and “Double-Consciousness”. As a result, the works are anonymous portraits or headshots, alluding to my personal relationship with intersectional-identity, alienation, and otherness." 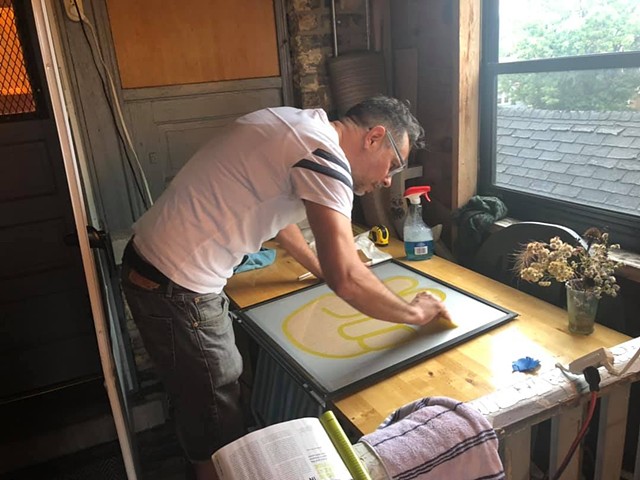 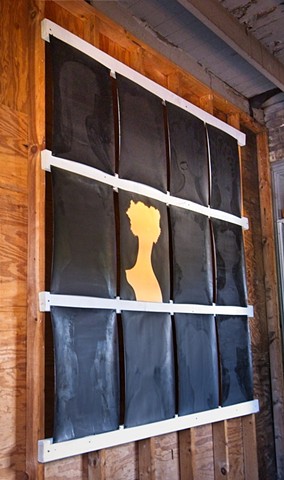 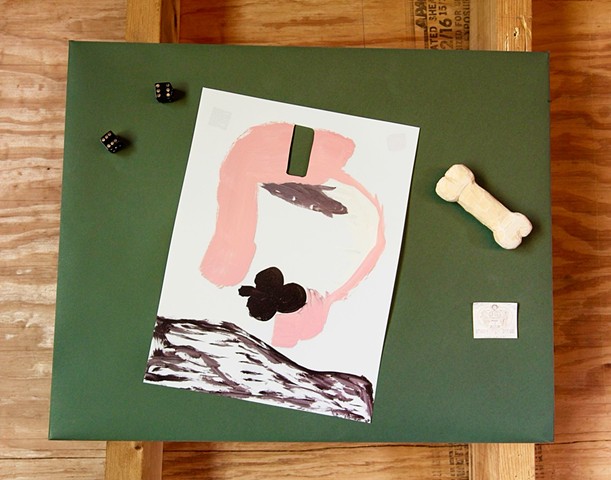 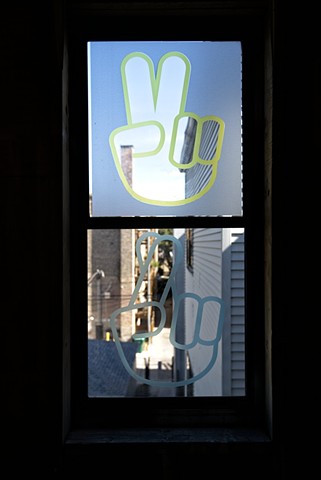 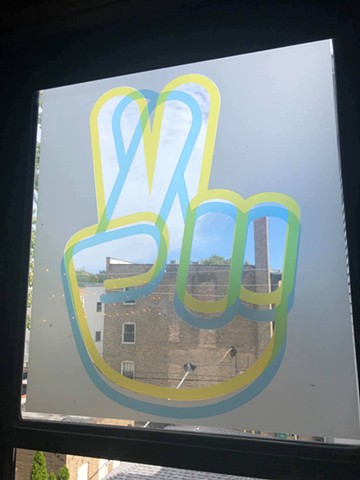