Presented as a special program at Outerspace Studios on May 21, 2017.

Invisibilia is the third in the series of Movement Matters spring symposia, convened to examine the topic of immateriality in art-making as a response to traditional power structures in the dance and performance art worlds, and how it arose at a time of the recognition of a pushback in social movements against "invisibility" and erasure in the larger culture.

ABOUT THE SYMPOSIUM A discussion convened to examine the topic of immateriality in art-making as a response to the struggle against traditional power structures in the performance art world, and how it arose at a time of the recognition of a pushback in social movements against "invisibility" and erasure in the larger culture. This discussion will examine current and historical thought about immateriality since its popularization in Lucy R. Lippard's 1973 work Six Years: The Dematerialization of the Art Object. This discussion will also focus on how representation can be used to intervene and shift definitions, including representations of objects and the body as presented through the camera, and depictions of the body in social environments that the art critic Benjamin H Buchloh would refer to as itself a "found" reality structure. While there is an awareness that dance, performance and art in a broader sense are about much more than what can be seen by the naked eye, or grasped solely through sense experience, there is a pressing need for work that directly declares its existence as only possible within this hidden dimension, and addresses that art's potential for bringing about real social and cultural change by grappling directly with issues that aren't always immediately evident. Taking this as our point of departure, the discussion will attempt to frame the current role of immateriality, its advances, lost grounds and persistent social currencies.

ABOUT MOVEMENT MATTERS A biweekly column at Sixty, seasonal symposia series and periodic performance initiative, Movement Matters investigates work at the intersection of dance, performance, politics, policy and issues related to the body.

Supported in part by a grant from the Illinois Humanities' Illinois Speaks program. Additional program support is provided by Sixty Inches From Center, the Chicago Dancemakers Forum, Links Hall and Audience Architects. 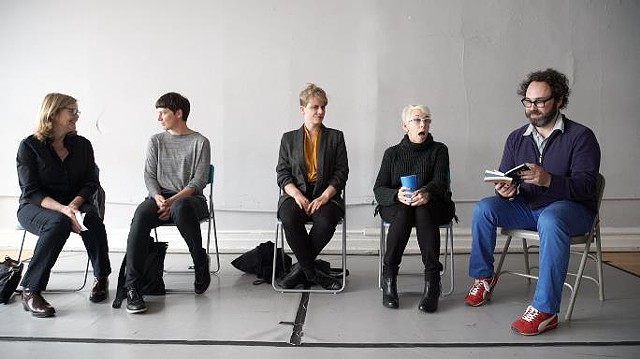 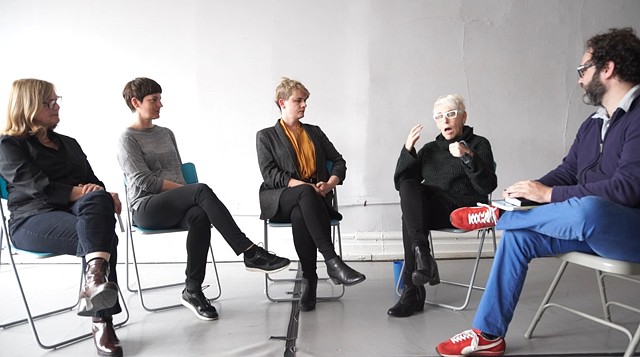